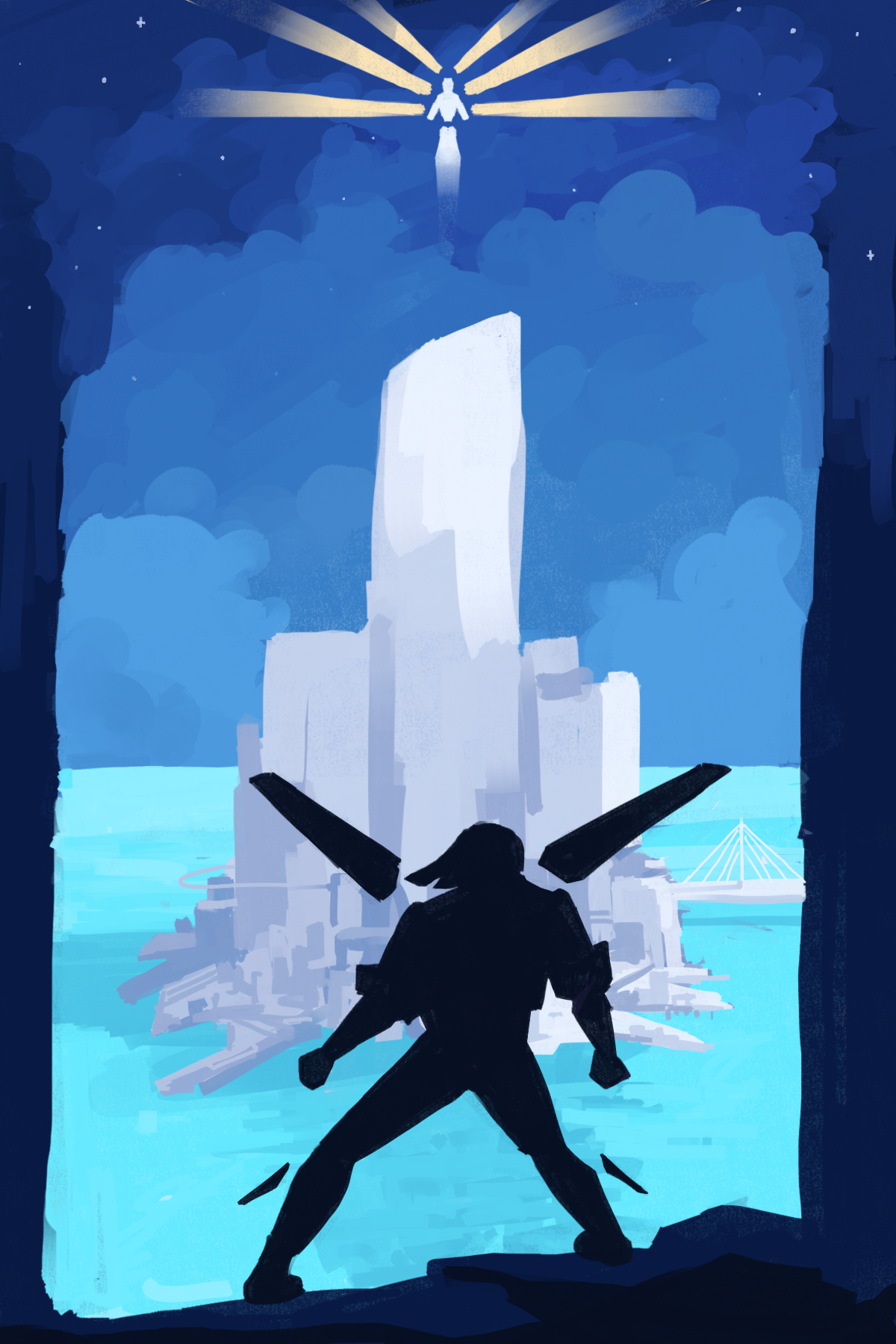 With the release of the latest build, I decided it's time to get off my ass and finish the main story arc so I can call Vapor Trails a beta instead of a "hobby," "passion project," "demo," etc. I owe it to everyone who's bought it, given feedback, and just played it, to take development more seriously.

Right now, as of the 0.16.0a release, the narrative beats of Vapor Trails look like this:

✔ tutorial, tossed into the Deeps
✔ meet Lauren in Deep Town
✔ Lady of the Lake fight
✔ meet Flynn in Night Market
✔ learn about Generation Zero
✖ learn about why Lauren wants to destroy Andromeda
✔ learn the truth about Val's origins
✔ take the [REDACTED] from Lauren's basement
✖ obtain the Book of Thorns
✔ decrypt the Book of Thorns
✖ return to Paradise, be captured by Cortez and saved by [REDACTED], learning about his past
✖ make first contact with Andromeda
✖ defeat Andromeda's vapor shadow
✖ boost into orbit, spacewalk, eliminate the threat posed by Andromeda
✖ epilogue

The return to Paradise and obtaining the Book of Thorns aren't strictly necessary, but everything else is. I'm leaving it vague because I want to build interest but don't want to spoil anything.

Anyway, once those are done, I won't add any more content. There will still be missing bosses, small levels, and powerups still sitting out in the open. Instead, I'll polish what I already have and fix bugs as needed. Once I've got a good vertical slice of Vapor Trails, I'll move into beta and start seriously marketing it and get into Steam Early access or other indie programs that interest me.

I'm going to be mainly working on commissions and other creative projects for a month or two. As much as I'd like to, I don't want to jump ahead, make a bunch of stupid coding decisions, and get burned out.

Thanks for reading and playing.

thank you for making the smart decision to take it slow

there are definitely a lot of games out there that could have been a lot better if they weren't rushed, glad to see Vapor Trails will be a work of heart  ❤️

How much do you plan to sell the game for. Also good luck!

No more than similar-scoped games (Hollow Knight, Undertale) so $10-$15, if that.

Good luck, I can't wait to see where this goes.

Will definitely be buying it when it comes out on steam.